An incredible journey so far!

I leave for the 250km/155mile Kalahari Augrabies Extreme Marathon in a day and a half. Wow! What an abolutely fantastic journey it's been to reach this point!!
I've discovered so much about myself that I didn't know, met new and wonderful friends along the way and also managed to raise some money for an orhanage in South Africa which is dear to my heart ~ HOKISA (Homes for kids in South Africa). Hopefully the kids will also be inspired to dream big and go beyond what they percieve to be their limitations by my efforts to train and participate in this gruelling event with them in mind . 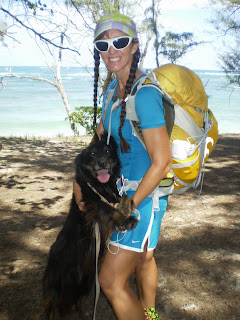 My family has been incredibly supportive and I'd like to thank them, as well as all the people who donated to my fundraising effort and those who sent me the most wonderful and inspiring messages! Without all of you, this would not be possible.
Posted by Heather "Two Feathers" Howells at 9:52 PM No comments: 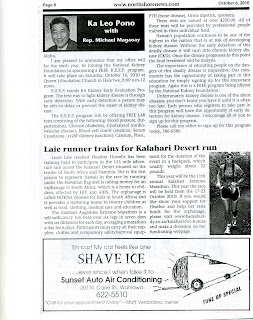 Posted by Heather "Two Feathers" Howells at 10:27 AM No comments:

The countdown has begun: 12 days until I leave for my big adventure race: