Last night Josh and I were cold all night in our tent. We put it down to the fact that for the first time there was no cloud cover to trap any warm air. Even though we thought we had chosen a nice even area at the camp site, we were both sliding off our mattresses all night on a slight slope. Despite that, we felt rested in the morning and bade our wonderful camp hosts at Otur Camping a fond farewell, limping back towards the Camino. My shin splints in my right leg were severe today and Josh's right foot injury was no better, adding to the fact that one of his blisters had burst open.
Anyway, we decided that as long as we kept moving forward, no matter how slowly, we would make progress. 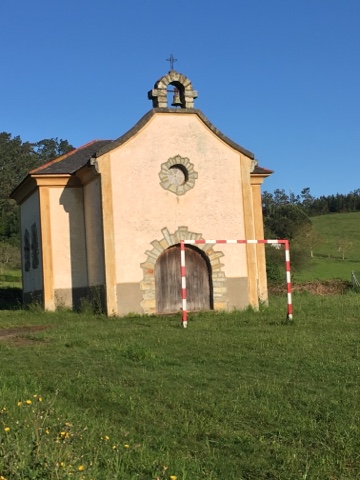 Much of the day's walking was spent giving each other moral support and encouraging each other to keep on moving forward, one step in front of the other. Approximately every two hours we stopped to have a break and rest our injuries for 30 minutes or so. Josh even massaged my shin on a bench at the back of a gas station. 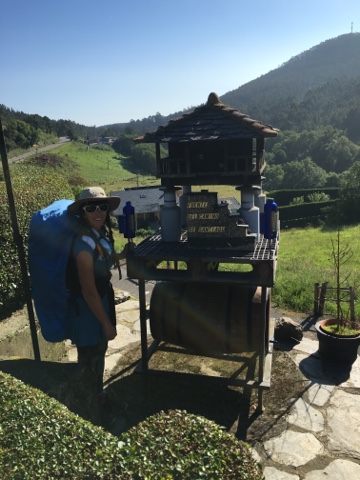 By the time we reached the town of Navia, I was finding it unbearable to walk. Fortunately it was a bigger town with a pharmacy and I bought a calf compression sleeve which actually really helped a lot, giving firm support to the inflamed muscle. 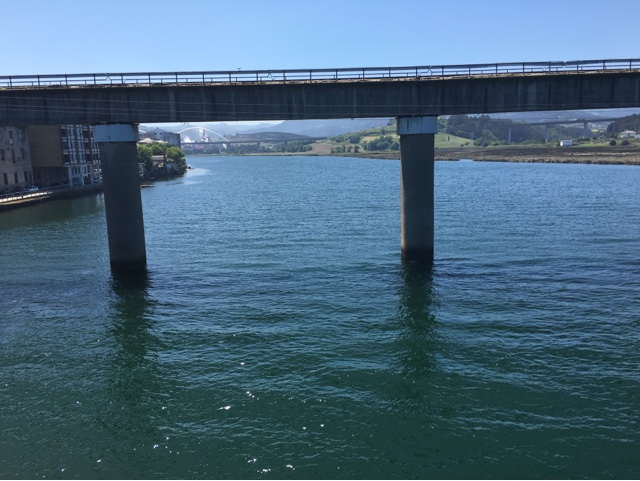 The long climb out of Navia led us to La Caridad by around 4:00 pm were many peregrinos were sitting outside of the Albergue. We learned that it was full or  "completo"as they say, as always by midday-ish,  but that did not affect us in the least, as we had our tent. We did however notice that there have been a few people who seem to be pretending to hike and catching buses between towns that are about 25km apart, then arriving at the Albergues, getting a stamp in their Credencial and taking the few beds available for people that are actually walking the whole way. I'm not here to judge, and I believe everyone is entitled to " hike their own hike", but this does seem unfair as there are inadequate affordable accommodations along this specific trail. 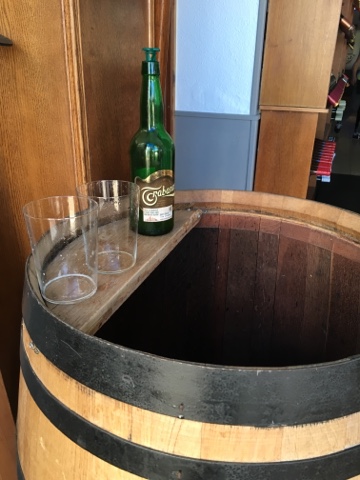 We walked through the town and as we came to the outskirts, we realized that we hadn't sampled the famous Asturian Cider yet, so we promptly remedied that fact! The waitress showed us how to pour the cider from high up into the glass and then drink it fast. This led to us giggling our way further along the Camino for awhile whilst being enveloped in the ever-present nauseating aroma of fermenting cow dung. 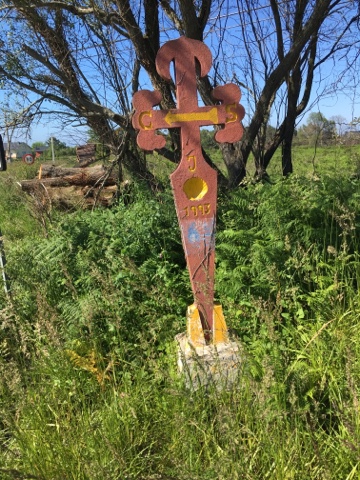 We thought we might be able to camp along the bank of the river in Porcia, but when we arrived there it suddenly didn't seem like a good idea as we couldn't see any hidden camping spots. Onwards we continued until we saw the beautiful sight of a little forest above the town. 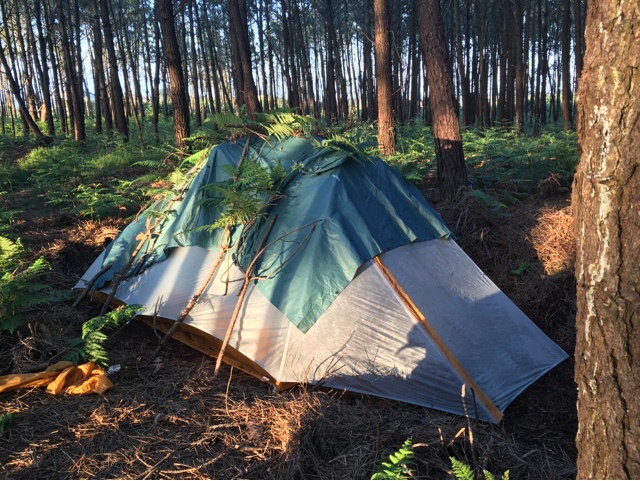 Making our way stealthfully into the woods, we waited an hour and ate our salad sandwiches for supper. At 9:00 pm, the locals supper time, we set up the tent and camouflaged it with the branches lying around. Hopefully we will be safe and undisturbed tonight.... 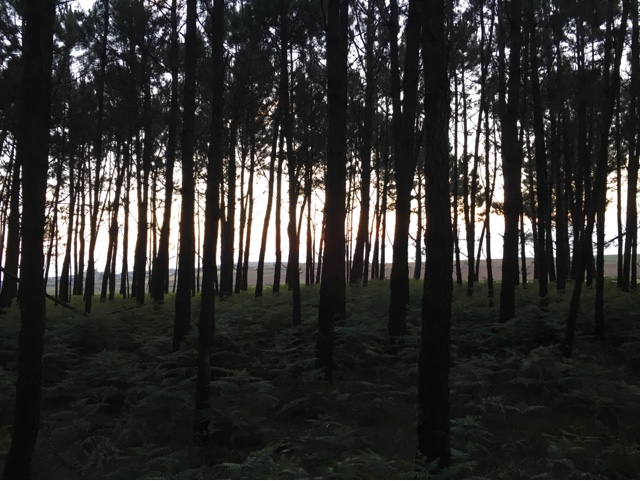 Posted by Heather "Two Feathers" Howells at 1:57 AM