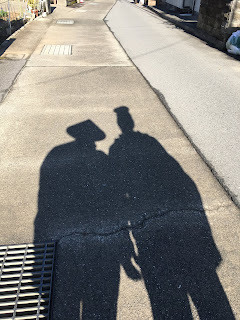 We awoke to the sound of a monk chanting early morning sutras at Temple 13 (Dainichiji) and quickly packed up our tent. Across the street is is a beautiful shrine associated with this temple.
Temple 14 (Jorakuji) was a quick 2.5 km from 13. It is said that if a diabetic person prays and drinks the boiled leaves of the Yew tree beside the main hall, they will be cured.... I’m going to research the medical quality of yew tree leaves when I get home. We saw a henro we had met in the mountains from Tokyo and met Gerard from Holland.
Temple 15 (Kokubunji) was burnt to the ground in the 1500’s, rebuilt now. On the grounds are foundation stones from the original seven story pagoda and out back was a Japanese garden. We received ossetai candy treats from a lady in the grounds and the woman working in the noukyosho office gave us one of her brocade name slips (she has done the henro 146 times)!
Along the way I went into a beauty store to buy some facial sunblock and the sweetest lady working there gave me so many samples because I told her I needed a small tube... more ossetai!
Temple 16 and 17 were all within 3-4km of each other and we trotted through them, stopping off at a 7/11 along the way to buy food and get WiFi. Another essential stop was a laundromat were henro-San Josh discovered his hiking shoes were coming apart... this could be somewhat of a disaster but fortunately we found a sports store and henro-san Josh bought a new pair. We treated ourselves to a night in a hotel to replenish and recuperate.
Today was a long day of paved road and dodging traffic, our feet are sore, we’re developing blisters and I just needed a soak in a hot bath. Goodnight from Shikoku. 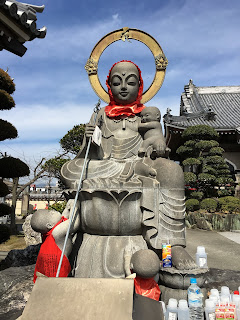 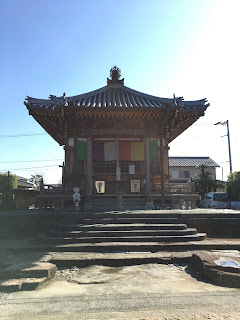 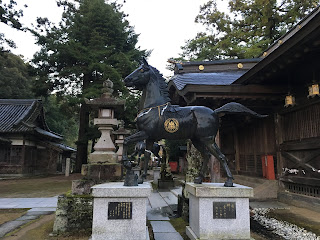 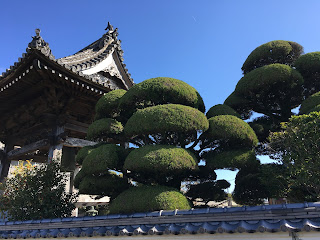 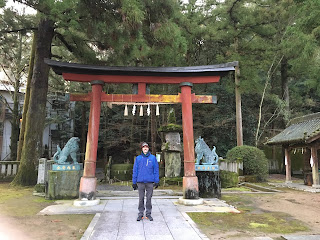 Posted by Heather "Two Feathers" Howells at 5:15 AM