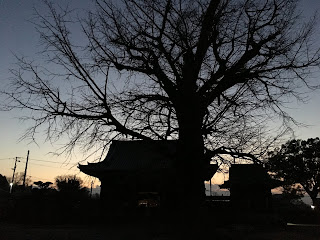 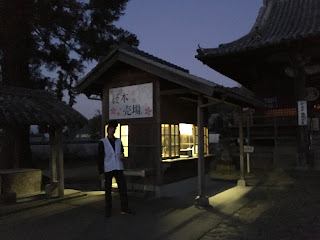 Day2: Temple 5-10
Waking up on the grounds of Temple 5 was quite a beautiful experience. The huge, gnarled old ginkgo tree towered above the courtyard in the early dawn sky and a feeling of peace enveloped us. We burned three incense sticks and wrote a wish for a safe journey on a name slip which we deposited it into the box. The lovely lady who opened the nkyosho office at 7 am gave us ossetai in the form of a cup of hot coffee and mochi. I had no idea at first that she had given a mochi treat and I thought it was some kind of compressed sugar ball for the coffee, so I plopped the mochi ball into the coffee cup which caused riotous laughter from both of us when we realized what I had done.

Reading through the guide book we leaned that one of the Pilgrim Oaths is:
“I will not complain if things do not go well on the pilgrimage but consider such experiences to be a part of ascetic training.” This thought would come in handy later on when we became a bit lost trying to find Temple 6 (Anrakuji) as the henro signs were not as clear but we eventually got there after walking an extra couple of kilometers and having to double back. At this temple there is an upside down pine tree which is supposed to ward off misfortune. Apparently that tree has died and they have planted a new pine tree right side up.
Temple 7 (Jurakuji) has a statue of Jizo Bosatsu, who is believed to cure eye problems. We were amazed that there were many statues of babies with Jizo as well which represents all the babies who have died before birth or as infants.
Cherry blossoms are in abundance everywhere and orange trees look burdened under their loads which makes for very scenic walking.
At Temple 8 ( Kumadaniji) we met an elderly Japanese gentleman who had done the henro 148 times. How this is possible we don’t even know. We met him at the top of an enormous flight of stairs and he took a great liking to us even though we couldn’t understand each other. We received so many ossetai gifts from him including a bar of chocolate, two sticky buns , a tiny pilgrimage cloth bag and two of his brocade name slips ( reserved for those who have done the pilgrimage over 100 times). We were overwhelmed with his kindness and generosity. Josh took a photo with him and we all bade each other farewell.
After getting our stamps at the nkyosho office we met a French couple who were also planning on camping most of the way.
As we arrived at Temple 9 (Horinji), we met Ohenro-San 148 again. He waited patiently for us to complete our visit and then called us over to share a mochi treat with him. What a sweet soul!
Once again we had to book it to the last temple of the day as the cut off time for getting stamps was looming. Little did we know that once we got there we still had to climb up 200 stairs before we reached the nkyosho and main daisha.
Temple 10 (Kirihataji) is situated up a hill and in the jungle. We considered trying to camp there but changed our minds and kept going since we still had another hour of daylight. Eventually we came upon a Henro Hut which is a rustic hut set up along the way for pilgrims to sleep in. This one was set up on a private property, which is fairly common as many of the locals show support for the pilgrimage by providing accommodation.
We set up our tent in the hut and settled in for a well deserved nights sleep. 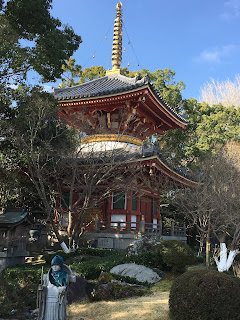 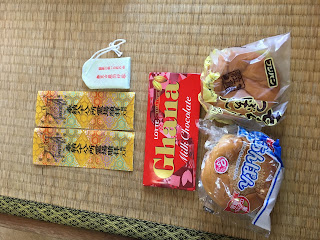 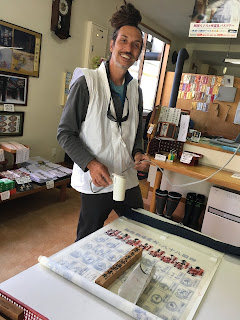 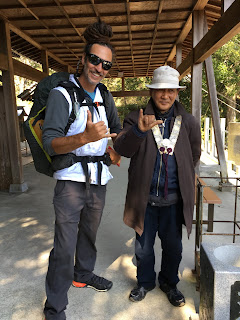